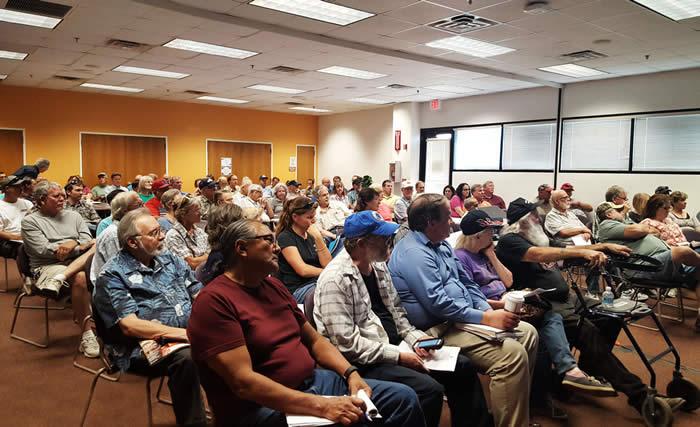 In no uncertain terms, northwest Arizona residents told the Arizona Department of Water Resources at a September 8 "stakeholders" meeting in Kingman exactly what they most need -- but don't much have -- regarding their area's groundwater supplies.

In a word, they sought data. Hard data about the condition of the region's underground aquifers. About how deep their wells will have to go into the earth to reach those aquifers. And how soon - or whether -- they will have to extend their wells to keep water flowing.

The stakeholders meeting attracted an overflow crowd of over 100 residents. As much as any other subject, area residents had questions about state laws governing groundwater extraction.

Residents probed Water Resources staff with questions about Arizona's landmark Groundwater Management Act of 1980, and whether it might be implemented to protect the area's aquifers.

In the wake of a June 29 meeting with Water Resources staff in Kingman, the Mohave County Board of Supervisors drafted a letter to ADWR Director Tom Buschatzke, asking him to consider establishing areas around Kingman as an Irrigation Non-expansion Area, or "INA."

While an INA designation restricts the creation of new irrigated farmland, it does not restrict existing farming operations. Existing farms would be "grandfathered," which means there'd be no restriction on the amount of groundwater that could be used as necessary for "beneficial use," according to the law.

State law imposes few regulations on regions that are outside either an AMA or an INA. All wells must be registered and built to state issued minimum construction standards and owners are required to hire well-drillers licensed in Arizona to construct their wells. There are no metering requirements, however. 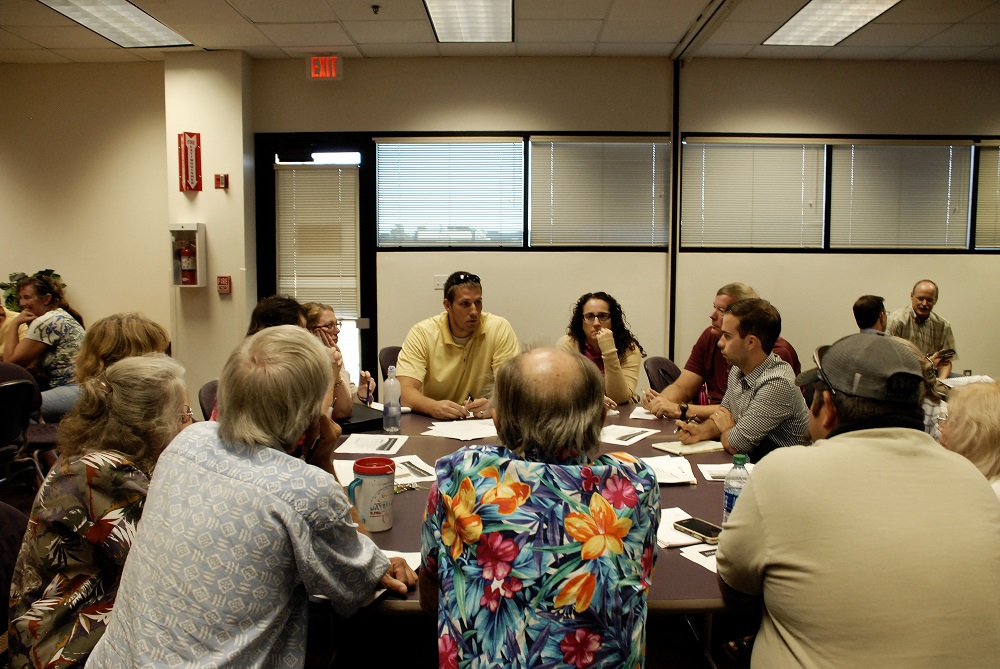 Like many of Arizona's rural regions, the Northwest Basins Planning Area has experienced recent, rapid growth of large-scale farming operations. Many of these are California farms that relocated as a result of California's dire water situation.

The groundwater use by the new farms has caused many in the area to question what their water future will look like.

"I've been watching this for three years," said resident Robert Fenwick. They've been digging wells as fast as you can move your rig up and down."

The general manager of one of those new, large-scale farms, Dick Mills of Kingman Farms, counters in a statement on the Kingman Farms website that concerns about water availability are unfounded.

"With the hydrology reports that (were) done, we have enough water there to grow for the next 100 years with no problem. And for generations to come after that."

Water Resources chief hydrologist E. Frank Corkhill told area residents at an earlier Kingman meeting that while testing showed a drop in water levels in many areas, most of them were small.

The Water Resources department collected data from 47 wells in the Northwest Basin Planning Area between 2006 and 2015.

The most dramatic decreases, he said, were logged in the more heavily populated areas around Kingman, Golden Valley and Meadview. Those regions saw decreases of one to three feet each year.

Corkhill noted, however, that most of the large-scale farming operations in the region are new -- many of them less than two years old. That makes it difficult, he said, to draw a direct line between aquifer depletion and farming.

The meeting was the second major public meeting held in the "Northwest Basins Planning Area" - one of 22 regions in the state created as part of Arizona's Water Initiative, a two-track effort launched by Gov. Doug Ducey to develop solutions on both a regional and statewide level to solve previously identified water supply-and-demand imbalances. The Initiative itself furthers the goals of the 2014 Strategic Vision for Water Supply Sustainability Report, which identifies Arizona's top priorities for managing sustainable water supplies.

Listen to a brief interview with a Kingman-area Resident