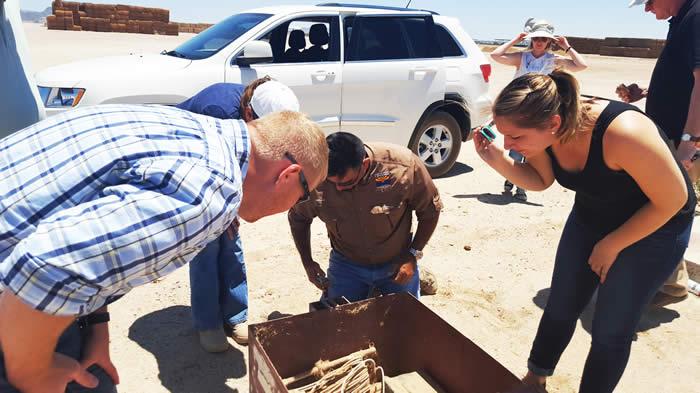 roundwater use in the McMullen Valley and Ranegras Plain is having a big impact
Published: July 13, 2016

It is along the wide, flat desert stretches of the McMullen Valley and the Ranegras Plain west of Phoenix that some of the state’s biggest land-use changes – and most hotly debated water-related controversies – are playing out.

But it is what is happening below the scorching desert’s surface that really matters out here in the sparsely populated “West Basins” region of west-central Arizona.

This is where the much-publicized “Saudi Arabian” alfalfa farm operates, including at least 23 wells capable of extracting hundreds of thousands of gallons of groundwater per day from the valley’s aquifers.

A group of Arizona Department of Water Resources planners caravanned recently through the tiny McMullen Valley enclaves of Aguila, Wenden and Salome, as well as to Vicksburg and Bouse in the Ranegras Plain. Their mission was to get a close-up sense of the issues facing one of Arizona’s most water-threatened regions.

The fact-finding mission was a part of Gov. Doug Ducey’s Arizona Water Initiative, a plan to identify and address regional water issues around the state.

ADWR V Log: Chief Hydrologist Frank Corkhill describes “depth to water” at a well in one of Arizona’s most threatened water regions

The “Saudi” farm – which in fact is owned by Europeans – is but one of numerous large-scale farming businesses here. And unlike other, much-newer farming operations in the West Basins area, that farmland has been producing alfalfa and other crops under previous owners for many years.

Tilled alfalfa and hay fields straddle Highway 60 and now extend nearly to Harquahala Mountain to the southeast and as far as the eye can see to the north, seemingly all the way to the distant Harcuvar Mountains. 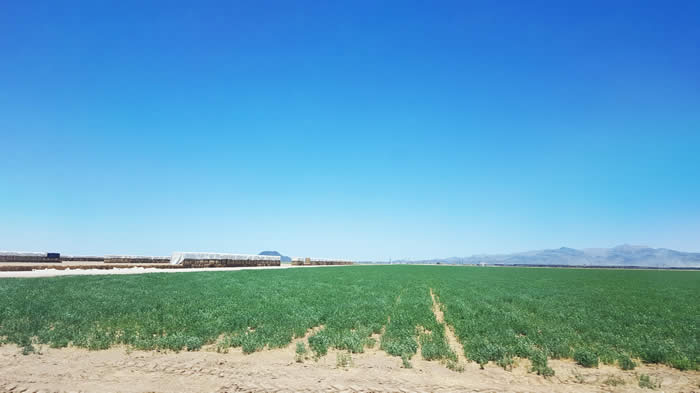 In the Ranegras Plain, precise, uniform dairy-cattle operations sheltering thousands of animals line the highway. Here and there, several-acre plots of what appears to be grass (for grass-fed beef cattle, perhaps?) dot the landscape.

Near Vicksburg, also in the Ranegras Plain, the first 50-foot-high “barns” of an enormous, elaborate egg farm – soon to be home to at least two million hens in the first phase of the operation – are nearly complete.

And – in all directions – vast acreages of alfalfa and hay, almost all of it irrigated with groundwater extracted from aquifers deep below the flat desert plain.

It is there – far beneath the now-tilled valley soil – that real change is taking place. There, recent depletion of the aquifers is causing a big change in the flow of underground water.

Until recently, water captured in McMullen Valley aquifers flowed on a remarkably even plane from the northeastern portion of the valley surrounding Aguila toward the southwest, beyond Salome and Wenden. There the underground water would take a sharp 90-degree turn south through a narrows called the “Harrisburg Gap,” where it would empty into the Harquahala Valley.

Not so much anymore.

Years of groundwater pumping for area farms, combined with drought, has resulted in a pair of “cones of depression” – cone-shaped zones or depressions of the aquifer that have been dewatered by historic pumping that dramatically alter underground water flow. 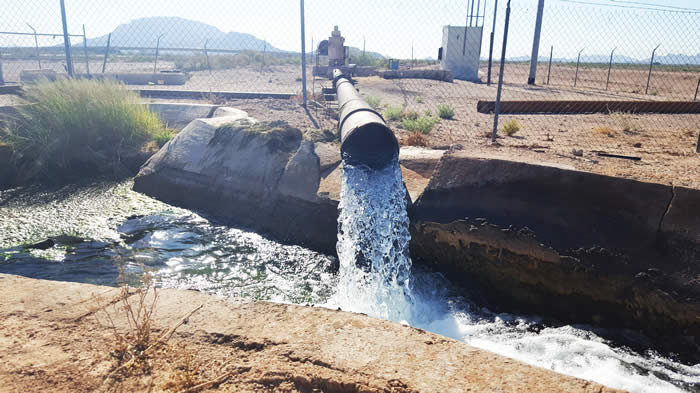 Groundwater flow has now reversed, moving back eastward toward Aguila from a point about half way to Wenden to the southwest.

Within the last 10 to 15 years, the water table around the Aquila farming communities has dropped about 30 feet, which is enough to cause the water to drop into the cones of depression and, so, effectively block the historic flow of the aquifer.

The flow reversal is causing some big changes above ground, too.

Besides dramatically reducing the “underflow” of water into the Harquahala aquifers, those “cones of depression” under Aguila and Wenden-Salome have reduced the ability of Centennial Wash to flush flood waters from the McMullen Valley.

Though analysts believe thick salt cedar growth in the wash has contributed to the flooding, they also believe land subsidence caused by the cones of depression in the aquifers will continue making the area more flood-prone.

And the rate of that subsidence is increasing.

According to satellite-based interferometric synthetic aperture radar data, rates of land subsidence around Wenden have more than doubled since 1997 to 8.3 centimeters (3.25 inches) per year. Between 1991 and 2016, surveying data have witnessed a full meter (3.2 feet) of subsidence just north of Wenden.

A slightly less dramatic subsidence rate has been noted around Aguila.

The enormous increase in agribusiness operations in the McMullen Valley that ADWR planners saw in early July have come about too recently for hydrologists to precisely identify their effect on the aquifer – or, for that matter, on what happens on the surface as a result.

But as Water Resources chief hydrologist Frank Corkhill observed: “A lot of the changes are very much in sync with the pumping history of the area.” 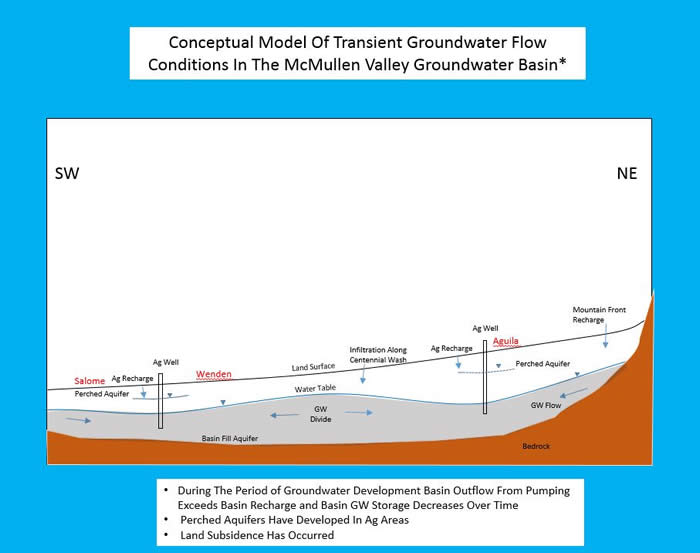 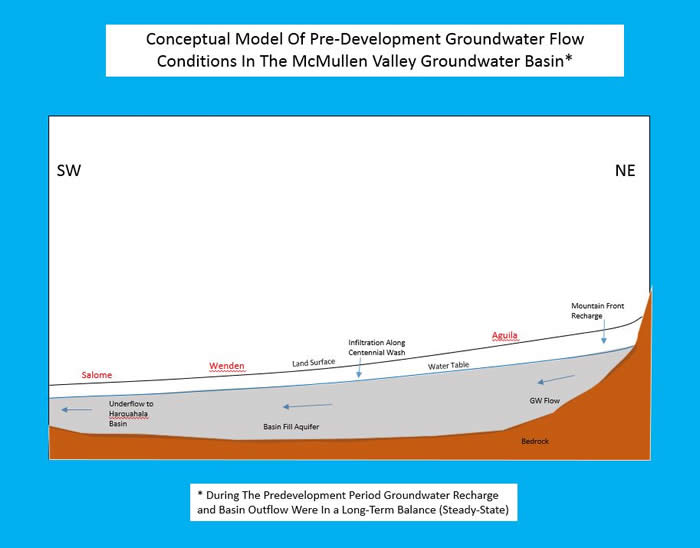