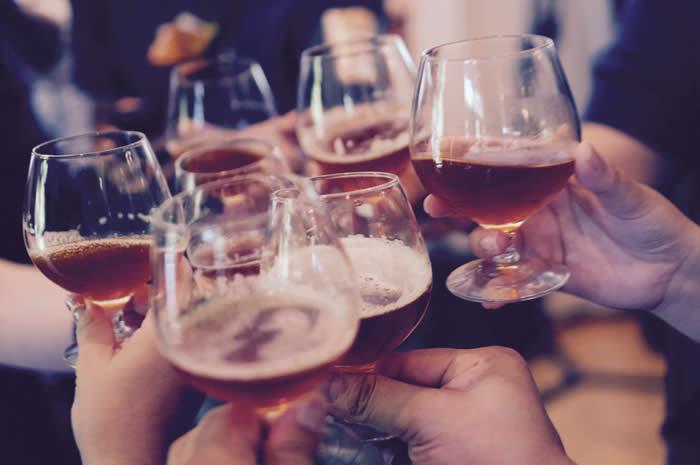 It has all the outlandish, audacious savoir faire of an idea cooked up over beers at happy hour.

Hey! Here’s an idea: Let’s start a competition to see who can make the best beer out of… reclaimed water!

And, for that matter, as beer-making water.

An innovative team from the Pima County Regional Wastewater Department, in association with the Arizona Craft Brewers Guild, is one of five finalists for the Arizona Community Foundation’s “New Arizona Prize Water Innovation Challenge.” As an incentive to spur competition, the foundation has put up a $250,000 prize for the winner, to be announced Nov. 3.

Arizona Department of Water Resources director Tom Buschatzke is a jurist in the foundation’s competition.

Led by the irrepressible, enthusiastic Jeff Prevatt of Pima County’s wastewater-reclamation group, the team plans to use the prize to convert a semi-tractor trailer-sized potable wastewater-treatment plant that would travel the state conducting presentations on how so-called “wastewater” can be transformed back to its original, sparkling-clean (and reusable) condition.

And, then, how it can be re-made into beer.

“We’ll roll up into towns with our truck and be there a couple of hours doing demonstrations,” said Prevatt, who says he envisions a big “NASCAR-style truck” in which water experts conduct demonstrations on water reuse and talk about the value of potable reuse to augment the state’s water supplies.

“We have the technology. We can produce water to any level quality you would like. It's the public perception of potable reuse that’s the real object we want to tackle,” Prevatt recently told KPHO-TV in Tucson.

In fact, the big prize for water-augmentation innovation may be helpful to the team’s beer-making cause. But it’s not essential.

According to Prevatt, the idea – cooked up among Pima county water suppliers and wastewater-treatment staff during a happy hour event one day – already is taking off in a big way.

“We’ve already got $500,000 in committed sponsors, as well as a commitment from the (University of Arizona),” he said.

The Dragoon Brewing Company of Tucson already has signed up, in addition to Pima County’s partner, The Arizona Craft Brewers Guild, which promotes the fast-growing Arizona craft-beer industry locally and nationally.

“The interest from our member breweries has excited us,” said Rob Fullmer, the guild’s executive director.

“Our brewers are well aware just how much water goes into the brewing process, and they’re on board because they know how much this move would benefit the industry in its entirety in the years to come.”

The concept of using craft beer to promote water reuse is not new. Oregon water-reuse experts recently conducted a demonstration of reused water being made into craft beer. Although the Oregon project was on a much smaller scale than the statewide beer-a-palooza that Prevatt has in mind, it garnered widespread, even international attention.

With a statewide competition pitting one community’s locally produced former-sewage-now-beer against the other, Prevatt sees an even bigger show on the horizon.

The idea already is so big, in fact, that the internationally recognized “thought leader” on alternative water-supply development, WateReuse of Alexandria, VA, is interested in producing a documentary on the project, said Prevatt.

Earlier in September, the organization’s state affiliate, WateReuse Arizona, selected a six-month water-reuse pilot project dedicated to potable water conducted by Tucson Water and the UA as its 2016 Project of the Year.

“With the scale that we’re doing it, it should get a ton of attention,” he said.

The goal, obviously, is to help overcome public resistance to drinking reused water – a practice that is much more common in other countries, especially in more arid regions.

“Everybody realizes we live in a desert, we need to preserve our water resources,” said Prevatt recently to Arizona Public Media.

“Most of the people who attend the (Arizona) microbreweries realize that, and they are water-conscious people themselves and they realize this is a very viable solution.”