Water in the West, Part 2 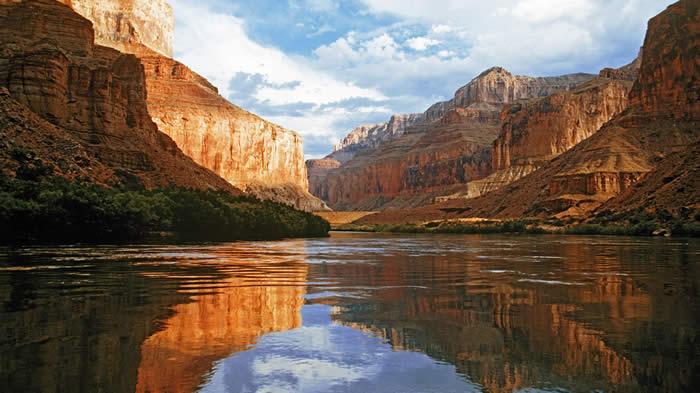 Water in the West, Part 2

What everyone needs to know about the water challenges in the Southwest
Published: December 8, 2016

In the wake of the driest 16-year period in the known history of the Southwest, it seems fair to ask:

Has anything positive come of this dry spell? Anything at all?

The answer, of course, is… of course. Of course there are positives.

The general public, for example, understands (and appreciates) far more about the inherent value of water than we did just a few years ago.

We have learned that even in the wettest of eras, fresh, clean water is an asset to be valued, protected and conserved, since its essential presence in a community is never assured for long.

Likewise, we have gained a new appreciation for the lack of moisture.

We’ve learned that “drought,” for example, is a highly nuanced term. The Southwest may be in its 16th year of epochal drought, but many climatologists and meteorologists believe most of Arizona has been in drought for 22 years or more. And, precisely speaking, southern California – which nearly tumbled into a catastrophic water-availability crisis in 2015 – has been in serious drought for just five years.

Northern California experienced one of its wettest Octobers ever this year. So is that region certifiably free of drought? Nope. Climatologists contend the region will need several more consecutive wetter-than-normal winters to lose its “drought” designation.

The same is true of Arizona.

Northwestern Arizona may have attained a “no drought” designation in the latestArizona Department of Water Resources Long-term Drought Status report, but the bulk of the state remains (officially) “abnormally dry.” And one of the most critical water-producing regions of the state – the Verde River Watershed – remains locked down in “moderate drought.”

But the great challenge of the Great Southwestern Drought is not a lack of rainfall in California, Arizona or, for that matter, Nevada. It is the lack of winter snowpack on the western slopes of the Rockies. That snowpack, which has produced lower-than-average spring-summer run-off for all but three of the last 16 years, is the single most important measure of the Southwest’s moisture-health, by far.

It is the lack of water flowing down from the Rockies and into the Colorado River system that defines the region’s drought. Therein lies the region’s most serious water challenges. On the slopes of the Rockies.

It is possible – although considered unlikely, at this late date – that the parties (including state and federal representatives) attending the annual Colorado River Water Users Association meetings may agree to limits on their allocations of Colorado River water in order to bolster Lake Mead water levels.

The Southwest and Water in 2016: An End-of-Year Thumbnail