In a sense, referring to the Palo Verde Nuclear Generating Station as a “nuclear” plant is a misnomer.

It isn’t the nuclear-fission process, after all, that makes the enormous turbines within Palo Verde’s three units turn, generating 1,400 megawatts of power each.

Not directly. It is steam driving the turbines of the nation’s largest power plant by net generation, including all three generating units.

It is steam, produced from the 70,000 to 75,000 acre-feet of wastewater that Palo Verde purchases as effluent from Phoenix and surrounding communities each year.

Steam, created from water piped 36 miles to the Tonopah power plant, through 124-inch pipes, at some stretches.

Steam, created from water that is progressively treated and purified through an enormous and complex treatment system capable of providing 80 million gallons of water a day to the three units.

And steam that gets returned to liquid form before being run again and again through the generators – as many as 25 cycles in all before the water is finally exhausted. 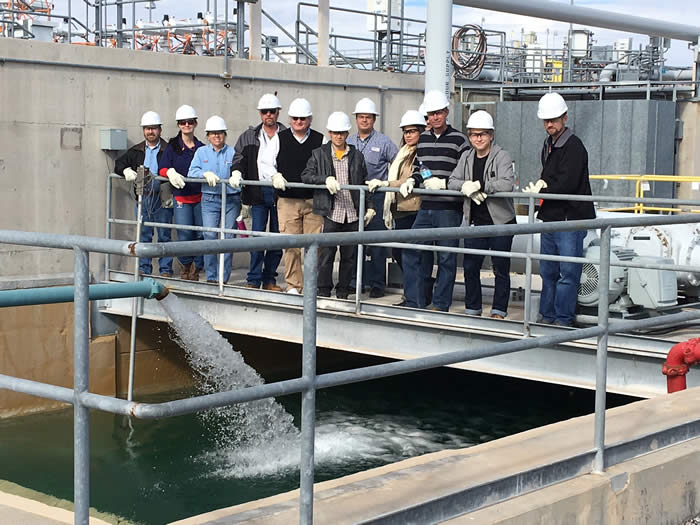 “Efficiency and conservation, as well as safety, are high priorities in every step of the operation,” said Jeff Tannler, area director for Arizona’s five statewide Active Management Areas (AMAs), who arranged the tour.

The Palo Verde Nuclear Generating Station, which provides power for four million people in four states, receives its reclaimed water from the 91st Avenue wastewater treatment plant, which treats wastewater from several cities within the Phoenix AMA, which the Department of Water Resources monitors. It is the only nuclear plant cooled by reclaimed water.

“I was impressed with how any possible risk has been carefully and thoroughly worked through and planned for,” said Tannler.

Less than five percent of the water used at the plant ultimately is sent to evaporation ponds – about 3,000 acre feet of water each year, an astonishing level of efficiency.

“When the plant was built in the 1970s, there was no technology” for that level of water recovery and reuse, said Bob Lotts, Arizona Public Service Co.’s water resource manager at the Palo Verde power plant. 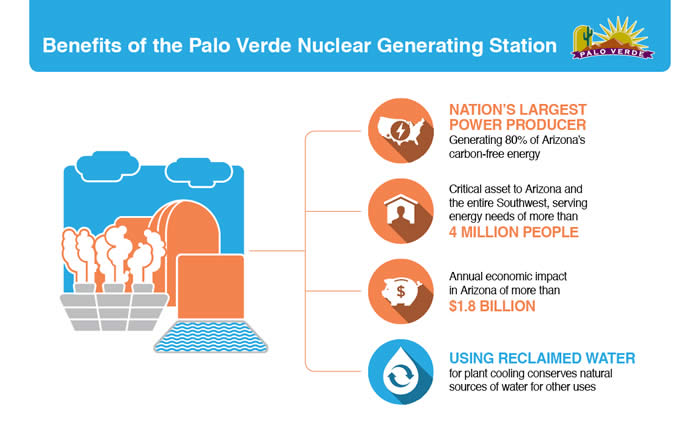 Listen to Water Resources director for the Palo Verde Nuclear Generating Station, Bob Lotts discuss the challenges of managing one of the largest waste-water using facilities in the western United States