Sometimes it just helps to vent.

Residents of the West Basins Planning area around Wenden, Ariz., arrived at an early afternoon stakeholders meeting on March 28 at the Centennial Community Center to discuss details about the condition of their groundwater supply.

And, to raise some pretty heartfelt concerns about what they fear the future of their groundwater may be.

Frustrated with growing concerns about the availability and quality of water in their mostly residential wells, several of the attendees at the day’s initial session took the opportunity to explain – emphatically – to Arizona Department of Water Resources staff their fear that their wells may be going dry, largely because of the long-running drought and nearby agricultural uses.

Several of the local stakeholders voiced their concerns that the data provided by Water Resources staff were inaccurate and out of date. 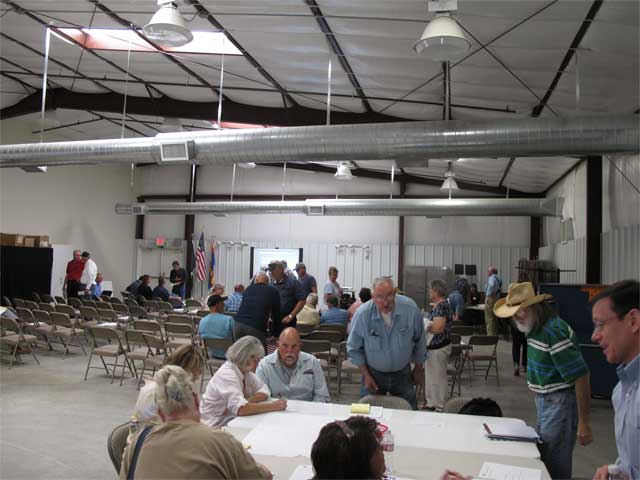 ADWR Deputy Assistant Director Gerry Walker explained that the data were the latest available and that the purpose of the meeting included gathering information about local conditions from the attendees themselves.

The meetings are a part of a statewide effort to engage communities in developing new, accurate water-use demand figures, as well as modeling projections for future water use in the areas.

The meeting – actually, the first of two meetings scheduled at the community center that day to discuss local groundwater issues – was organized by Water Resources as part of Arizona’s Water Initiative, Gov. Doug Ducey’s twin-track plan to assess and augment the state’s water supplies. 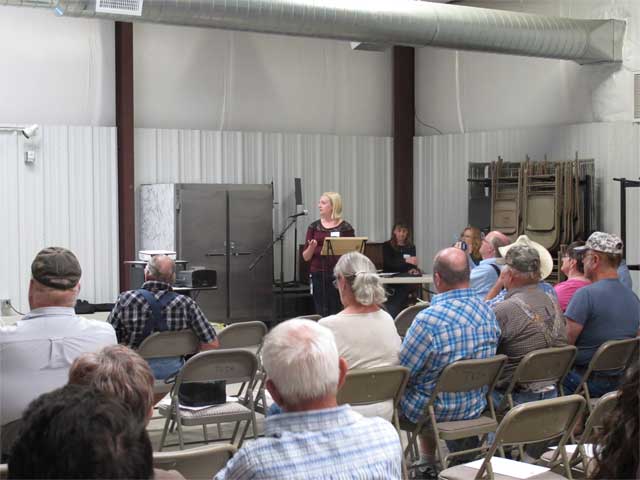 Mandy Whatley, Water Resources’ lead person for the West Basins Planning Area process, provided an overview of the McMullen Valley’s water situation, as well as a primer on the state’s Groundwater Management Act.


Wenden and surrounding areas are in the McMullen Valley, which is part of the West Basins Planning Area, one of 22 areas identified in the Statewide Strategic Vision. Several residents found one aspect of the Groundwater Act particularly – and personally – troubling: Should a resolution come to a vote, many of part-time area residents may not be able to participate.

The Act provides for a vote of local stakeholders should residents wish to consider establishing their area as an Active Management Area or Irrigation Non-Expansion Area, both of which would enact specified limits on groundwater use. Several of the winter-visitor homeowners in attendance were registered voters in other states. 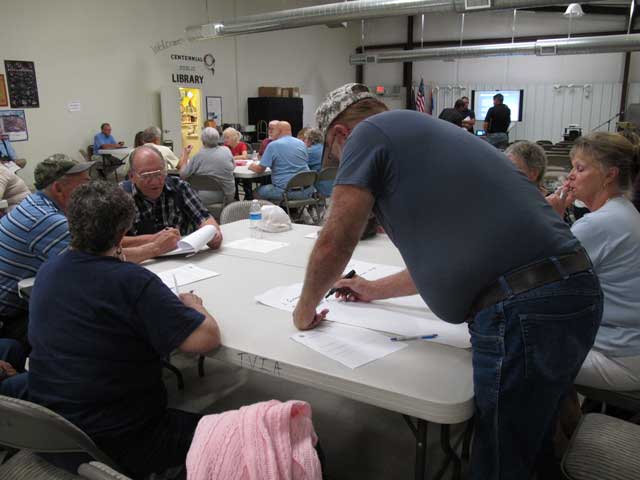 Another concern heard is that establishing an active management area or an irrigation non-expansion area in the McMullen Valley wouldn’t stop or lessen groundwater pumping. All existing groundwater users may be “grandfathered in” and regulation would only apply to new users.


Something for residents to ponder: What kind of water regulations will actually help the area’s current situation? Regulation at a local level? Or do area residents need to develop a new regulatory tool? No doubt these discussions will continue at future meetings.

“I’m not a lawyer. I’ve never been in this (drought) situation before,” said winter-resident Rod Marlin, whose permanent home is in Klamath Falls, Ore.

“In a couple of years, we’ll have to be drilling again.”