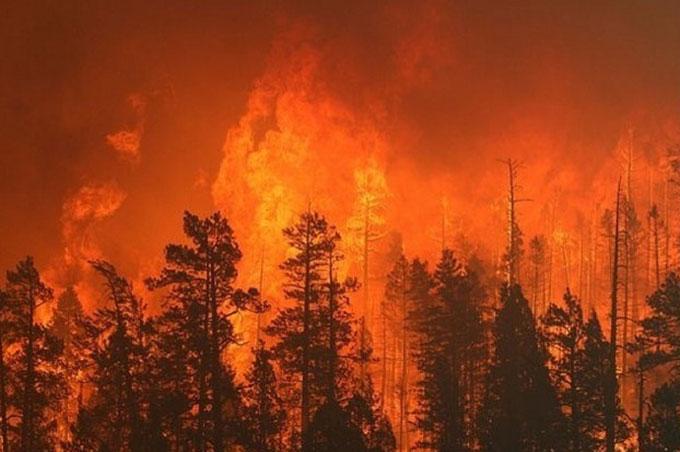 Environmental and water experts meeting in June at the annual Arizona Mexico Commission in Scottsdale focused largely on the region's efforts to contend with drought, climate impacts and forest health.

Which means, invariably, that they focused on water. Presentation given by Bruce Hallin Director of Water Supply for SRP at the Arizona-Mexico Commission

Environment and water play a key role in the AMC discussions. Department of Water Resources Director Tom Buschatzke is one of the Arizona Public Sector co-chairs of the commission's Environment and Water Committee, a three-hour, public session that drew over 50 attendees.

Ducey noted that Arizona's trade balance with Mexico had grown $1 billion in the last year.

"When I talk with companies in other states that are considering investment or relocations in Arizona, they want to know about our relationship with Mexico," Ducey told the Phoenix Business Journal.

"It's been a positive one, and a selling point," Ducey said.

In the Environment and Water Committee session on Friday, June 24, Bruce Hallin from Salt River Project and Marcus Selig of the National Forest Foundation presented on the delicate state of Arizona's forest highlands and the impact of mega-fire on the state's watershed.

"We have realized the extent of the threat to our water supply (from the proliferation of wildfires)" said SRP's Hallin, who described how forest density has grown astronomically in recent decades - from an average of 50 trees per acre to 1,000 or more trees per acre. That, he said, creates an environment in which tree-topping mega-fire can produce "a wasteland." 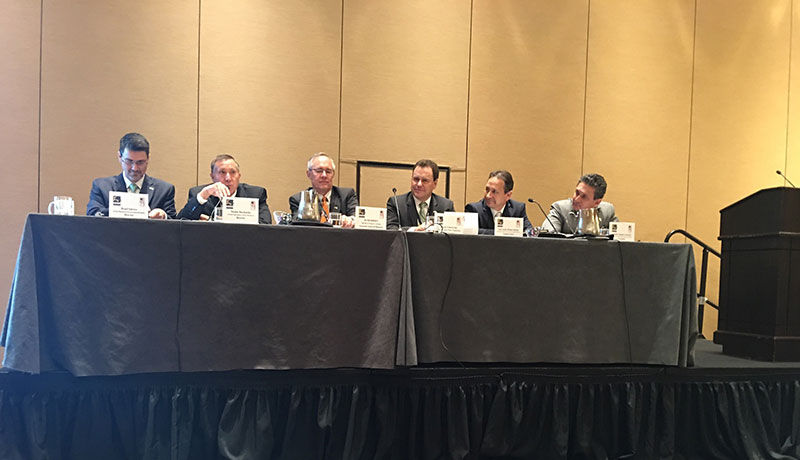 Runoff from areas devastated by wildfire create cascading floods choked with sediment and ash that have created a real threat to the state's watershed. Hallin showed a video clip of runoff from the near-disastrous Schultz Fire in 2010.

It depicted monsoon rains that almost immediately followed the fiery devastation on the north side of the San Francisco Peaks. The storms sent a torrent of thick, chocolate-like, ash-choked water down the mountainsides and, eventually, into the state's reservoirs.

"As sediment levels increase, that may shorten the life of our reservoirs," he said.

Selig of the National Forest Foundation described his organization's efforts to create partnerships to help re-build forest health. The NFF is a congressionally chartered non-profit group that is dedicated to the defense of the nation's forests, including the watersheds. In some cases, that includes performing non-commercial forest-thinning and prescribed burns.

Selig described a crucial watershed protection project the NFF is focused on now: The C.C. Cragin reservoir at the edge of the Mogollon Rim, which recently became the town of Payson's main source of water.

"It is in extreme risk of wildfire," said Selig.

The concept of "natural capital," he said, represents the economic development opportunity created by a stable environment.

"Our (industrial-era) economy did not take into account the fact that the environment is an integral part of the economy," said Yañez Sandoval.

"It is through innovation that we can achieve integration of the environment and economic growth."

Water Resources Director (and committee co-chair) Buschatzke announced that the Environment and Water Committee would be submitting a plan to the Commission to conduct a water-issue workshop in Arizona sometime during the Fourth Quarter of this year.