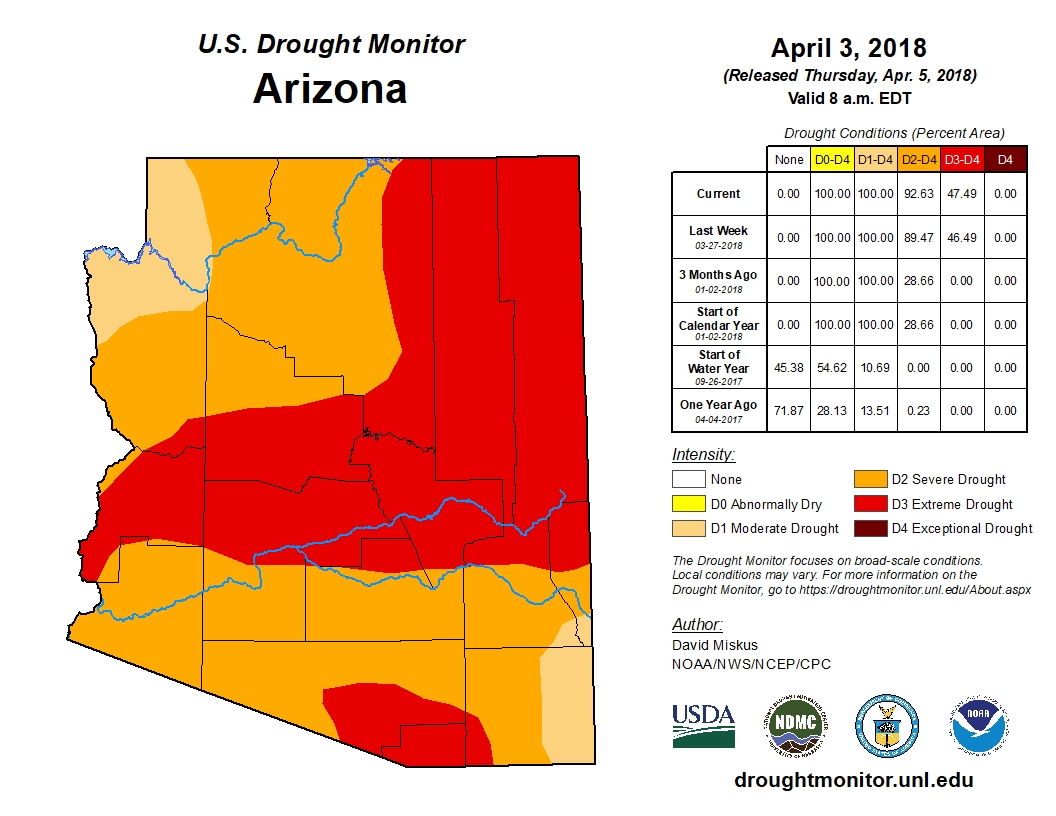 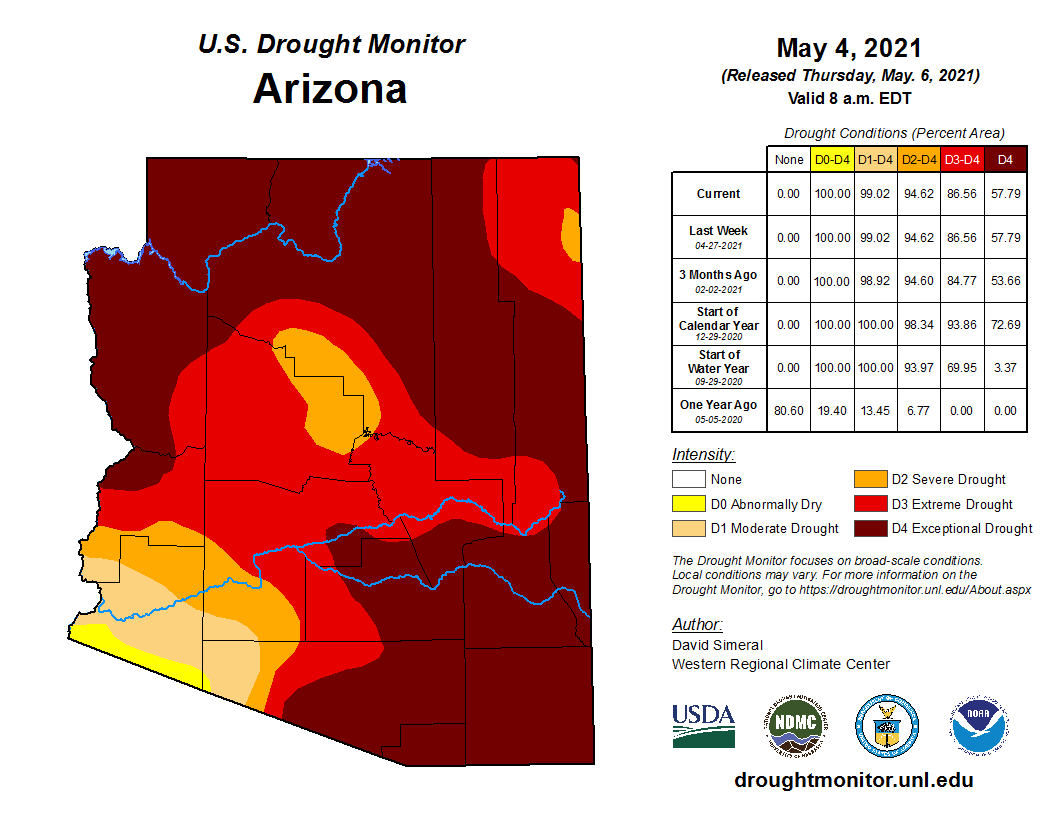 April was very dry across Arizona, with most of the state receiving less than 25% of average precipitation. A few isolated locations in western and southern Coconino, northern Mohave, and central Pima counties received between 0.50 and 1.00 inches of precipitation. This was not enough rain or snow to improve drought conditions in the state.

Southern Yuma County remains out of drought; however, it is still Abnormally Dry (D0).

Wildfires have already begun with high winds, which is typical of the spring season. And while long-term weather forecasts suggest warmer than normal temperatures through the summer, these also suggest that parts of the state could receive beneficial monsoon rainfall.

This report was prepared by the Arizona Drought Monitoring Technical Committee on May 7, 2021. Arizona's short-term drought status map is updated during the first week of each month. 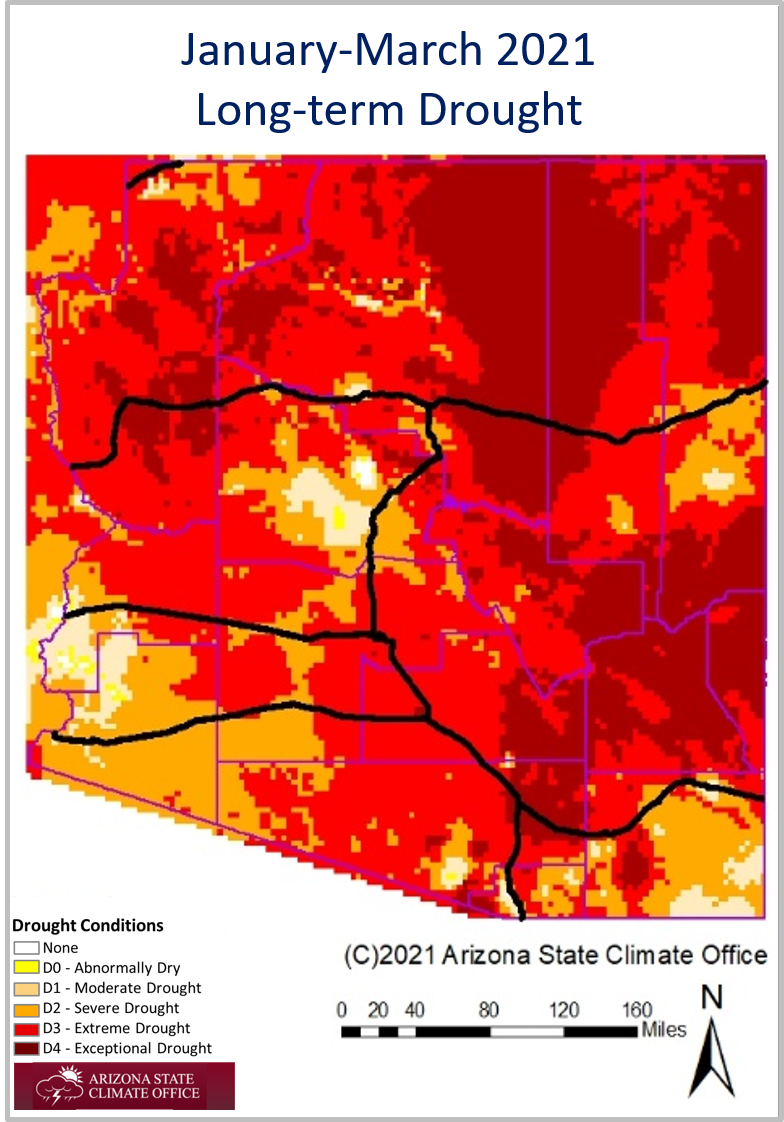 Dry conditions during the January through March period led to the expansion of Exceptional Drought (D4) through northern Navajo and eastern Apache and Coconino counties, as well as through east central Arizona. Additionally, Extreme Drought (D3) expanded across northern and central Arizona and throughout Pinal and Pima counties.

The few pockets of no drought or Abnormally Dry (D0) conditions were replaced by Moderate (D1) or Severe Drought (D2).

While snowpack accumulated throughout a few locations, it was short-lived, and any potential run-off from the early melt-out was reduced by the already dry soils. Streamflows and inflows into reservoirs are low as a result of the dry conditions.

This report was prepared by the Arizona Drought Monitoring Technical Committee, April 14, 2021. Arizona's long-term drought status map is updated quarterly and the next update in early July, it will reflect the conditions of April, May and June. The long-term drought status for each watershed is determined by comparing the precipitation and streamflow percentiles for the past 24, 36 and 48 months to a 40-year historical record.