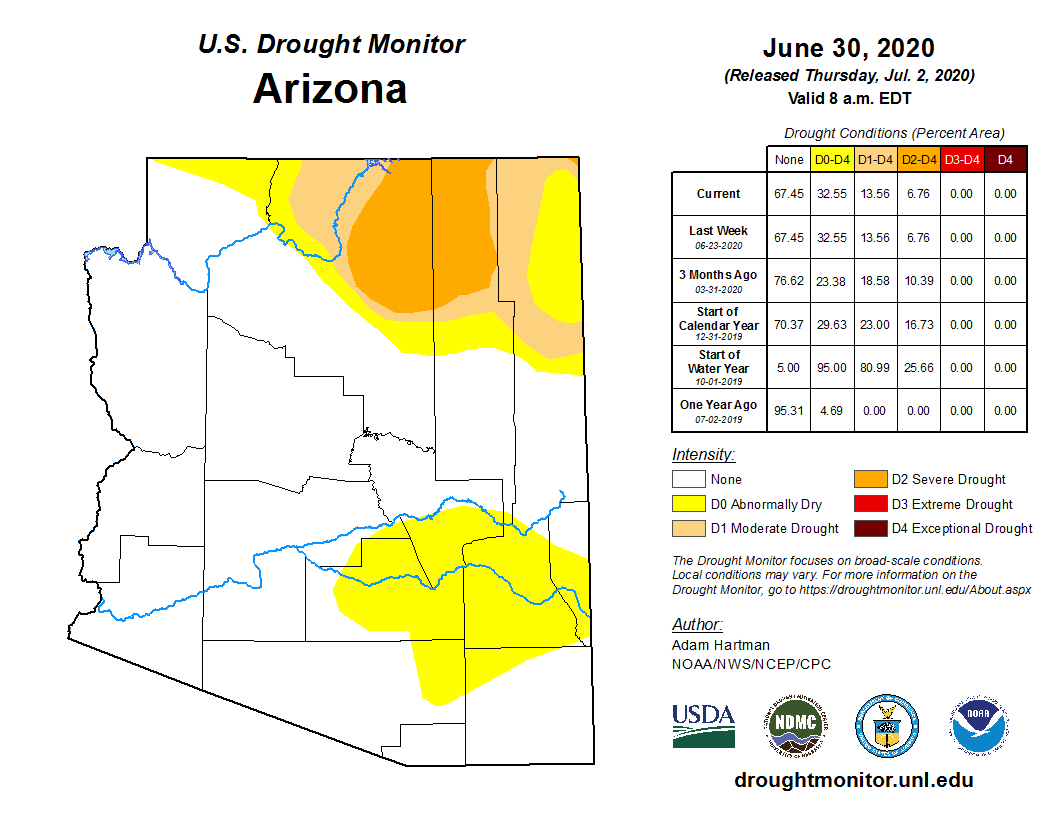 A combination of minimal precipitation in June and warmer than normal temperatures since May led to significant evaporation from soils and vegetation.

Several large wildfires burned through Arizona in June. Wildfire risk is currently high and will continue until the monsoon rains begin. 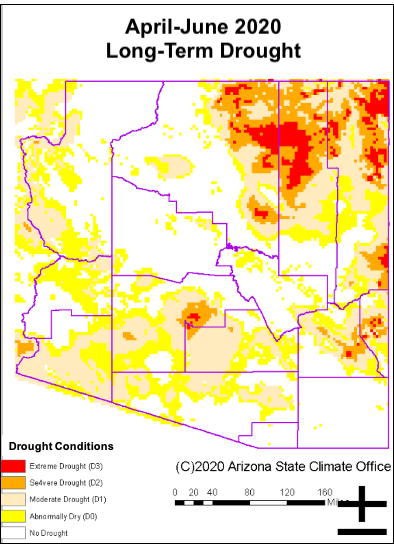 The long-term drought map shows some drought degradation across the state with the expansion of Severe Drought (D2) and Extreme Drought (D3) conditions in northeastern and central Arizona, and in Graham, Greenlee and southern Apache counties.

While this winter’s precipitation was beneficial, it ended early and was followed by extremely high temperatures that reduced runoff and streamflow.

The last two monsoon seasons were relatively dry across most of the state, though southeastern Arizona had favorable monsoon precipitation the past two years. There are currently no strong climate model trends to indicate how wet the monsoon may be this summer.

This report was prepared by the Arizona Drought Monitoring Technical Committee, July 7, 2020. Arizona's long-term drought status map is updated quarterly and the next update in early July will reflect the conditions of April, May and June. The long-term drought status for each watershed is determined by comparing the precipitation and streamflow percentiles for the past 24, 36 and 48 months to a 40-year historical record.