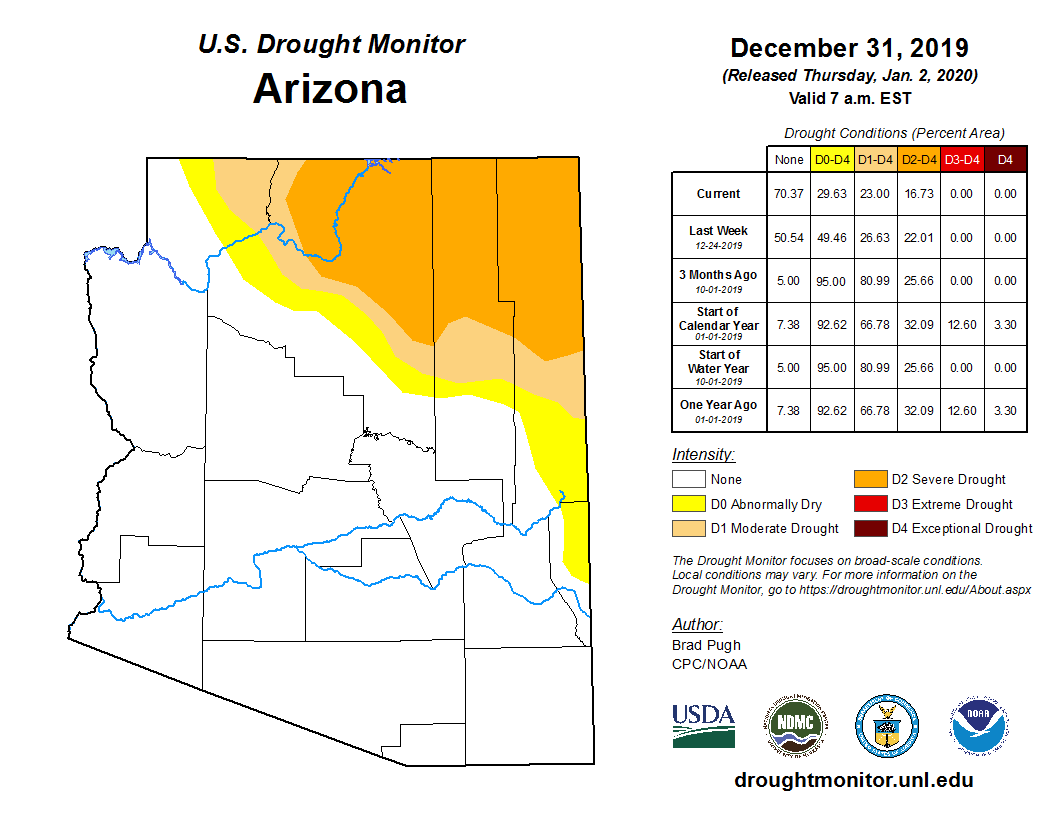 A series of winter storms that crossed the state in December brought heavy rain and snowfall that steadily improved shot-term drought conditions in most parts of Arizona.

The storms were low-intensity events that dropped considerable amounts of precipitation over a long period of time, allowing the moisture to soak the soil and vegetation without causing significant flooding. The last storm of the year, however, caused major traffic problems during the holidays.

The December short-term map reflects drought-free conditions in two-thirds of the state (70%) while the northeast corner of Arizona is still experiencing some short-term drought conditions: 17% remains in Severe Drought (D2), 6% is in Moderate Drought (D1) and 7% is Abnormally Dry (D0). 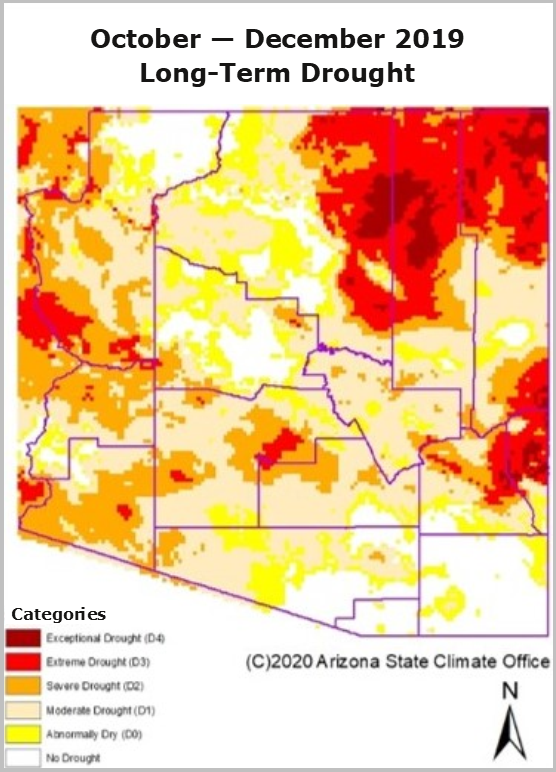 Long-term drought conditions improved in most parts of Arizona thanks to the significant rain and snow the state has received since October. The slow-moving storms brought soaking rains that improved soil moisture and increased streamflows. Snowpack is also above average for this time of year.

The northeast Colorado Plateau is the only area in the state with a slight drought degradation. Though higher elevations in this area, such as the Chuska Mountains, have received much needed snowfall, precipitation at lower elevations of the Plateau remain much lower than normal for the calendar year. This has led to an expansion of Extreme Drought (D3) and Exceptional Drought (D4) in the Northeast part of the state.

While cooler weather is likely through the remainder of January, weather projection models still favor warmer and drier than average conditions for the latter parts of the winter into the spring season.

This report was prepared by the Arizona Drought Monitoring Technical Committee, October 4, 2019. Arizona's long-term drought status map is updated quarterly and the next update in early January will reflect the conditions of October, November and December. The long-term drought status for each watershed is determined by comparing the precipitation and streamflow percentiles for the past 24, 36 and 48 months to a 40-year historical record.