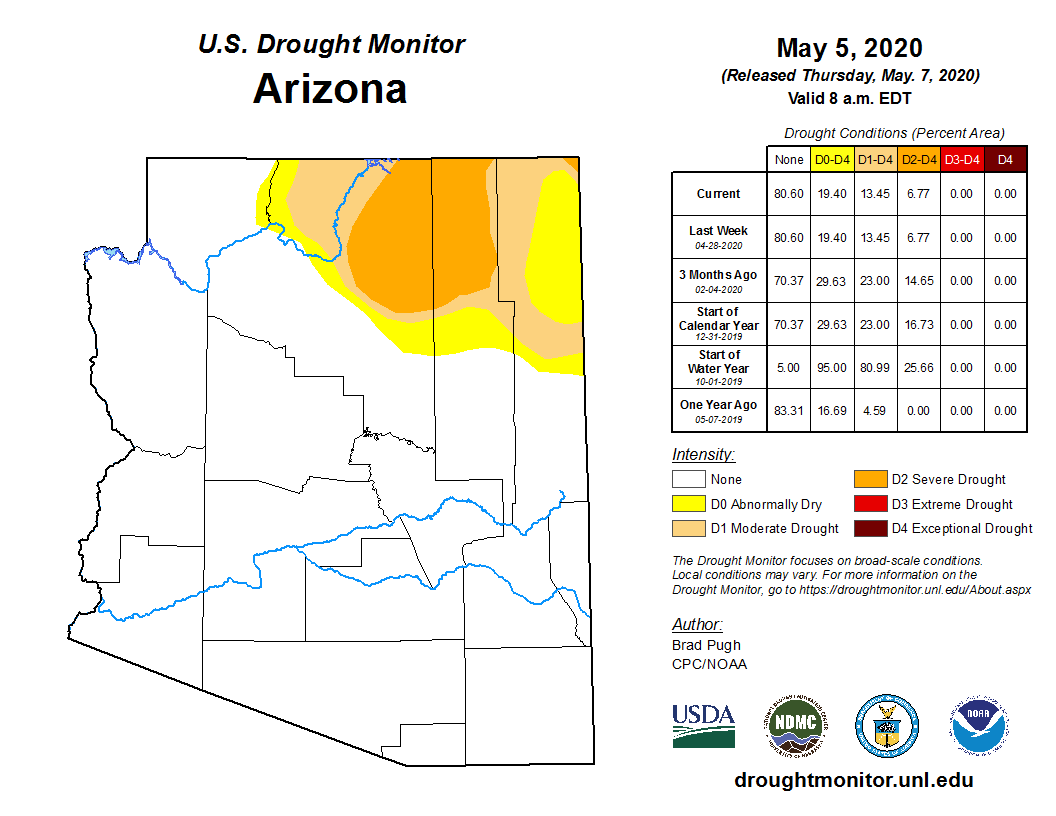 A strong winter storm during the last week of March and a weak low-pressure system in early April brought enough rain and snow across northern Arizona to improve drought conditions in northern Coconino, Navajo and Apache counties.

As Arizona heads into its typically dry period, warmer than normal conditions are projected prior to the onset of the monsoon storms around the end of June or beginning of July. 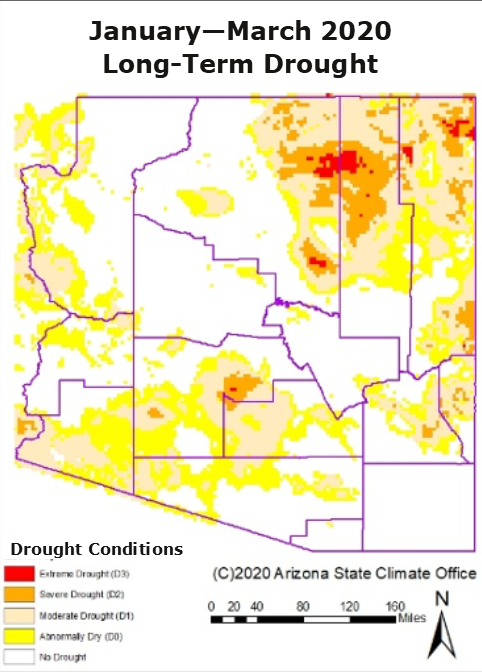 Arizona’s long-term drought conditions have improved across most of the state due to several storms that dropped significant precipitation in central and southwestern Arizona as well as Mohave County.

The northeast part of the State did not benefit much from these storm events and the Severe (D2) and Extreme Drought (D3) conditions caused by the long-term precipitation deficits persist.

Small amounts of rain are typical between April and June in Arizona, and long-range climate models do not project any changes.

This report was prepared by the Arizona Drought Monitoring Technical Committee, April 9, 2020. Arizona's long-term drought status map is updated quarterly and the next update in early July will reflect the conditions of April, May and June. The long-term drought status for each watershed is determined by comparing the precipitation and streamflow percentiles for the past 24, 36 and 48 months to a 40-year historical record.