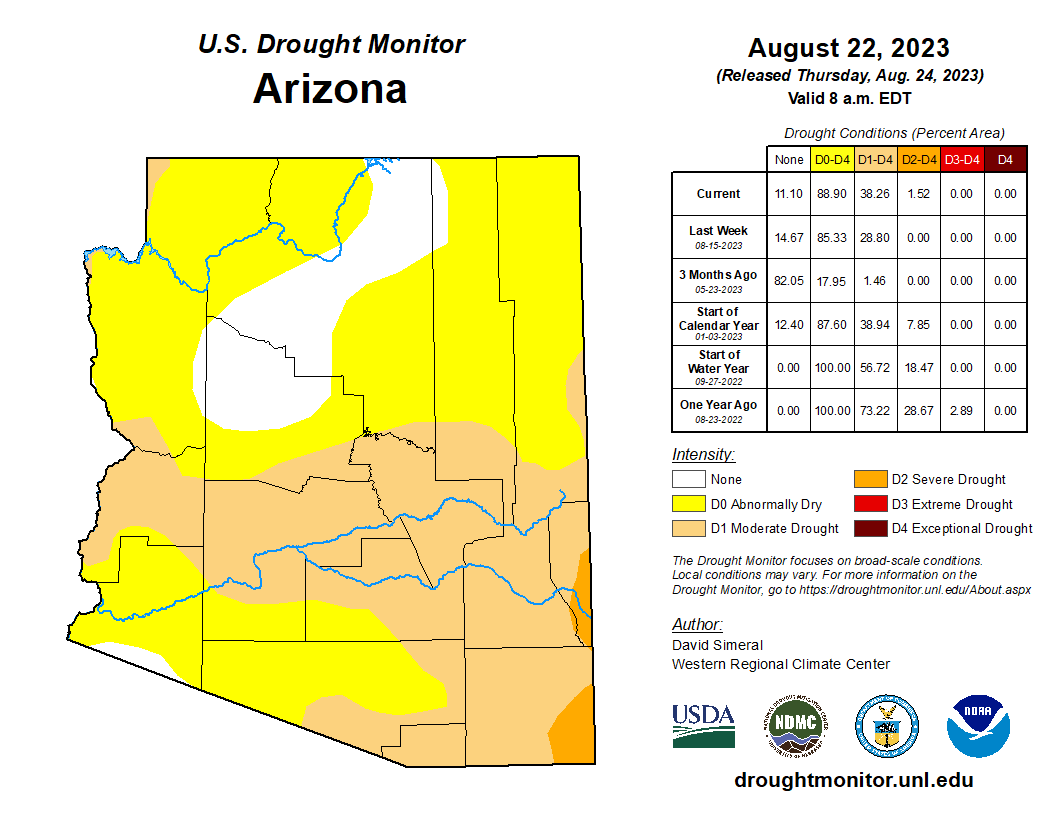 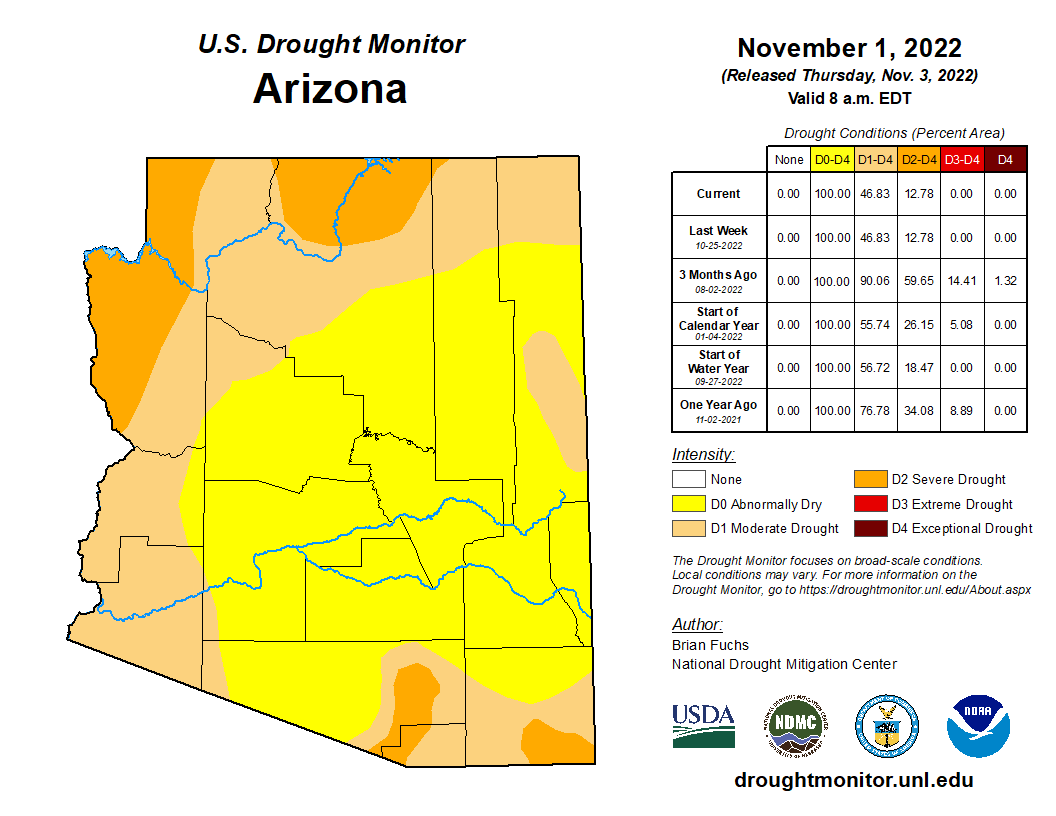 This report was prepared by the Arizona Drought Monitoring Technical Committee on November 7, 2022. Arizona's short-term drought status map is updated during the first week of each month. 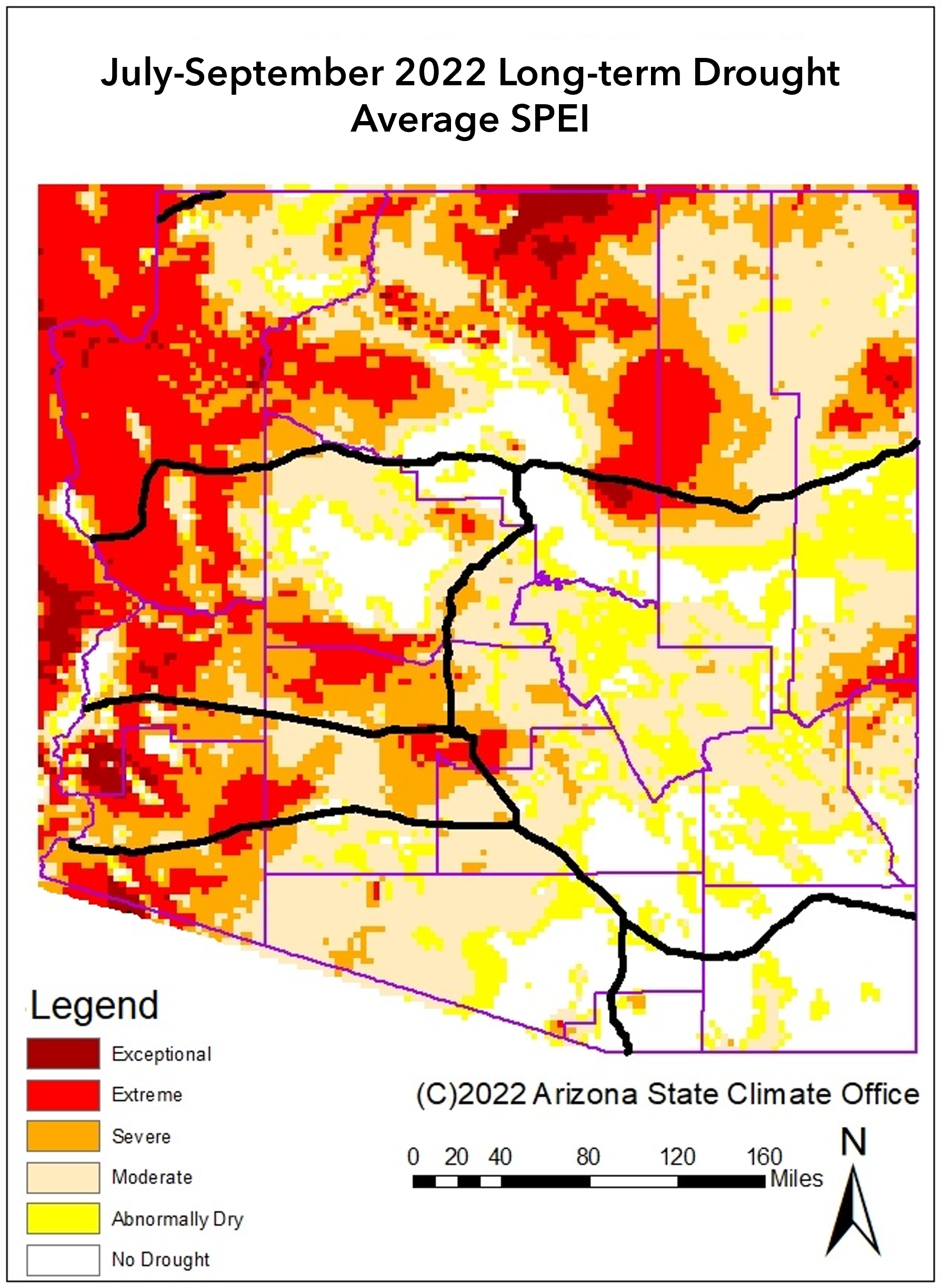 Weak La Niña conditions will continue through at least the middle of the winter resulting in slightly better odds of below-normal precipitation across the state.

This report was prepared by the Arizona Drought Monitoring Technical Committee, October 11, 2022. Arizona's long-term drought status map is updated quarterly and the next update in early January, it will reflect the conditions of October, November, and December. The long-term drought status for each watershed is determined by comparing the precipitation and streamflow percentiles for the past 24, 36, 48 and 60 months to a 40-year historical record.

CONTACT US TO RECEIVE DROUGHT STATUS UPDATES BY EMAIL